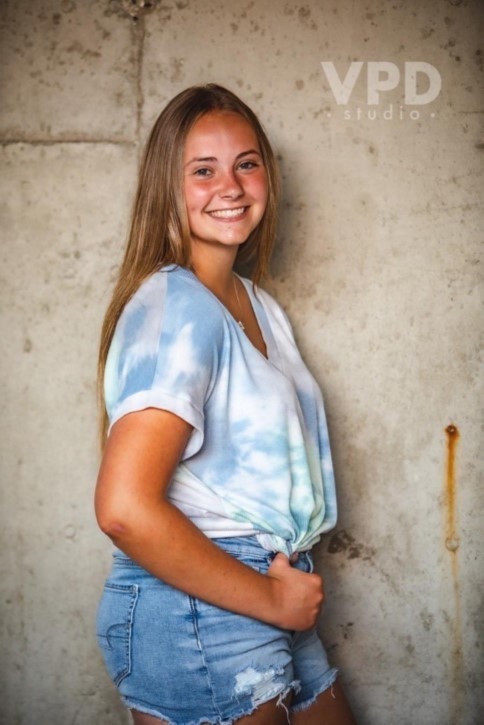 April Student of the Month

Siri Bien has been selected as the April Student of the Month here at Milbank High School.  Siri has been very active throughout her high school career as she has participated in volleyball, golf, wrestling statistician, band, choir and TATU.  She was also inducted into the Milbank National Honor Society and was elected by her classmates to serve as the Senior class secretary.  Outside of school, Siri has been active with her church youth group and as a Sunday School teacher.  In her spare time she works at Sodak Shores, Bien Pharmacy and the Milbank summer baseball program.  Her future plans include attending the University of North Dakota for pre-dentistry and hopes to attend dental school at the University of Minnesota.  Siri is the daughter of Sheila and Lance Bien.